It’s especially heartwarming when a major exhibition results from a collaboration between the DAI and a local organization. That’s happening at the moment with “Black Heritage Through Visual Rhythms” opening this weekend and on view through May 22.

The show, which features artists from across the nation, is being presented in cooperation with The African American Visual Artists Guild (AAVAG), the local organization that focuses on African American themed visual art.

Originally planned for 2020, the exhibit was postponed because of COVID restrictions. According to DAI chief curator Jerry Smith, it’s the first time the museum has collaborated for a major exhibit with an African American organization.

There is Always Hope by Jimi Jones is part of the “Black Heritage Through Visual Rhythms” exhibition at the DAI. PHOTO COURTESY OF DAYTON ART INSTITUTE 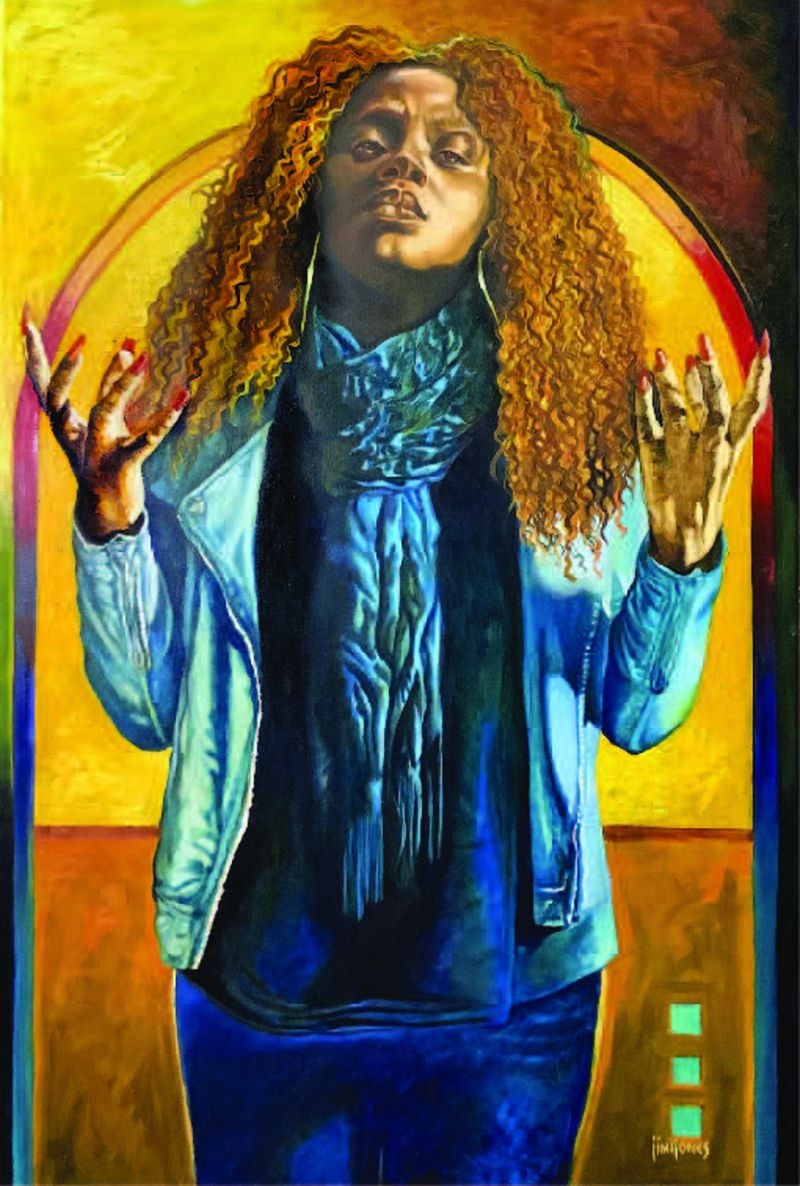 There is Always Hope by Jimi Jones is part of the “Black Heritage Through Visual Rhythms” exhibition at the DAI. PHOTO COURTESY OF DAYTON ART INSTITUTE

Not long after Smith arrived in Dayton, he met with the AAVAG committee to discuss the possibility of working together. “We want to bring diversity into our institution,” he explains. “Since 2018, 75 percent of all new art purchases are created by underrepresented groups. It’s good for our museum to interact with the community and to highlight artists from marginalized groups that have often been ignored in the past.”

After looking through the catalogs from AAVAG’s past exhibitions, Smith says he was extremely impressed with the quality of the art and the decision was made to bring the Guild’s seventh annual showcase to the DAI. In previous years the show, “Black Heritage Through Visual Rhythms, was housed at the National Afro American Museum in Wilberforce and once at the Ohio Historical Society in Columbus.

B. Cato Mayberry, president of AAVAG, says the exhibit’s move to the DAI is a big deal –both for his organization and for the museum. “We know location often determines foot traffic and even though we’ve had great showings and support at Wilberforce, it is so convenient and accessible at the DAI,” he explains. “We want to increase the foot traffic of African American residents and we want to increase awareness of the Guild and this uplifting art.”

This is a colorful show and as usual, the DAI team has done a wonderful job of showcasing the work. Gallery walls are painted in rich tones of browns and copper that perfectly frame the 80 pieces of striking contemporary art. The juried exhibition is an entertaining mix of paintings, sculpture, multi-media art, printmaking, masks and photography. The 45 artists whose work is on display are a blend of nationally recognized and emerging African-American artists from across the United States. In addition to the juried artwork, the final gallery highlights work by members of the local organization who served on the exhibit committee and were therefore ineligible for the juried contest.

Responding to a call-for-entry, the final works were selected by internationally recognized artists Dean Mitchell of Florida and Andrew Scott of Texas as well as AAVAG exhibition committee members. A 110-page full color catalog accompanies the exhibit and sells for $29 in the museum gift shop. The shop is also selling a variety of Black art and Black history books, as well as “Black Art Matters” T-shirts, mugs and pencils. There’s a neat project bag by Yetunde Rodriguez. 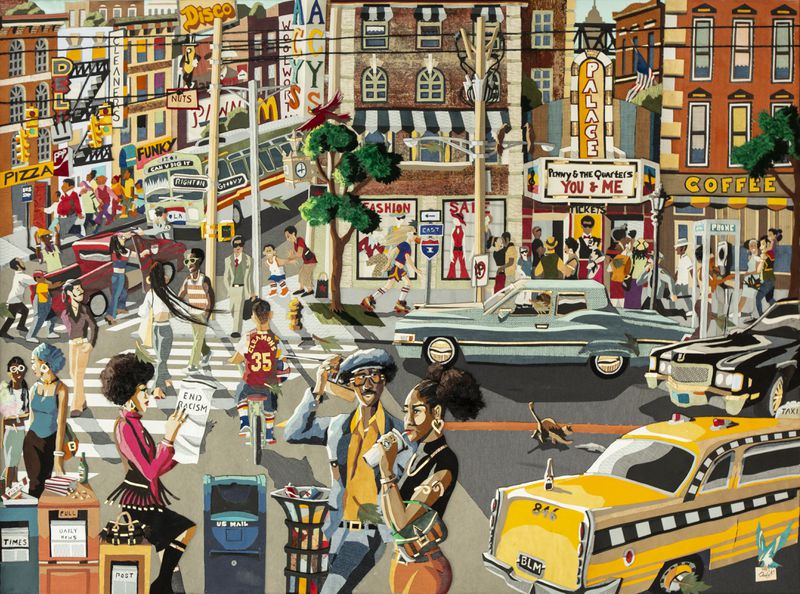 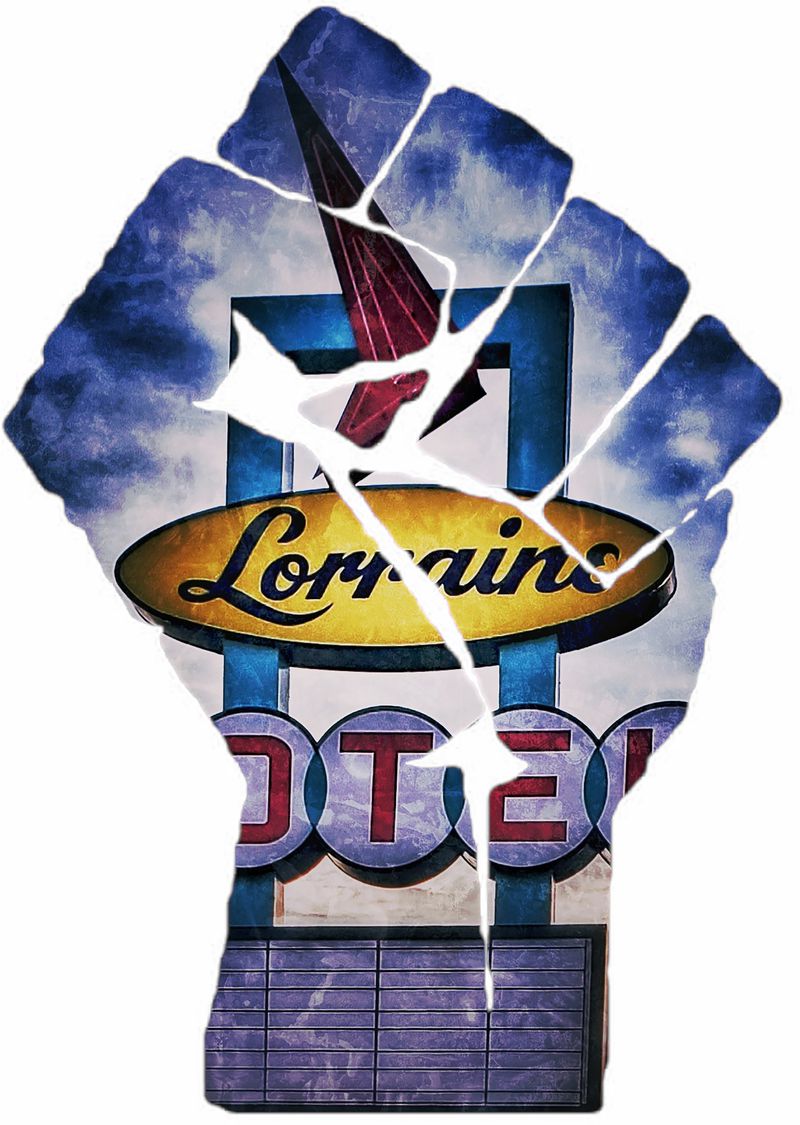 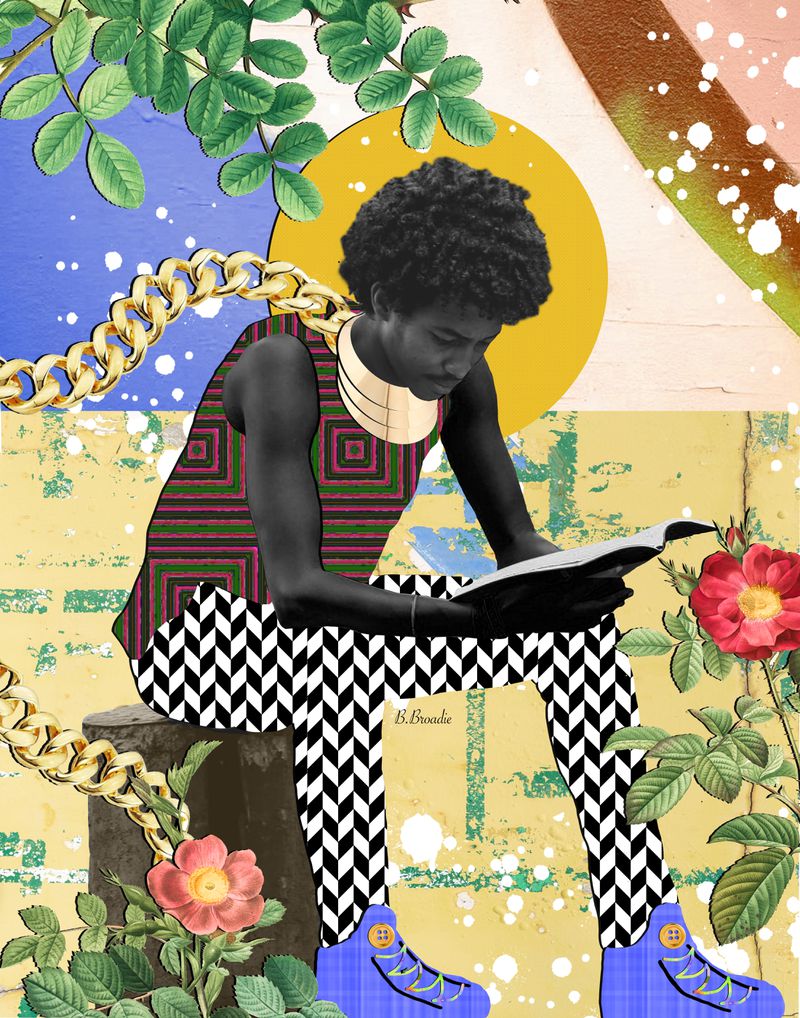 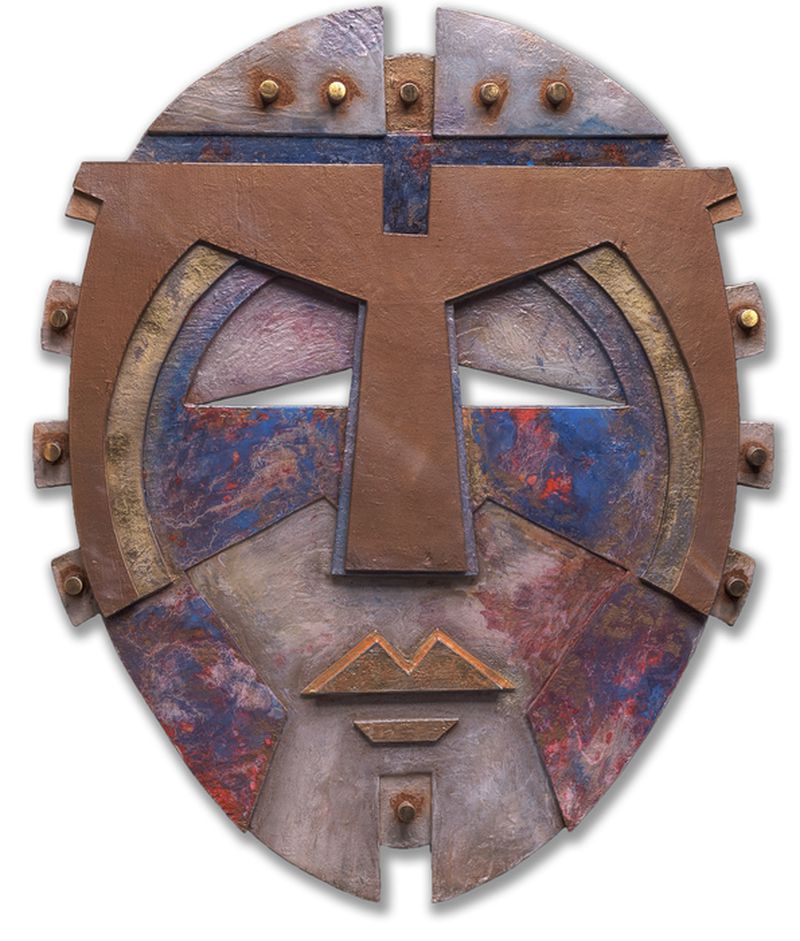 Check out the award winners

The judges have just announced the prize winners for this exhibit. Dayton artist James Pate took Best of Show for his charcoal drawing, “Ayo’s Chair 2.” His award includes a 2023 Focus Exhibition at the DAI.

Mayberry says current events are reflected in the arts and that’s certainly true of this exhibit. “You can look and see the signs of the time and what’s going on in society but the judges also had a keen awareness about creating a community inspiring exhibit that is family, adult and child appropriate. It is intended to be all about uplift.”

What: “Black Heritage Through Visual Rhythms”

A full color catalog accompanies the exhibit and is being sold in the DAI gift shop.